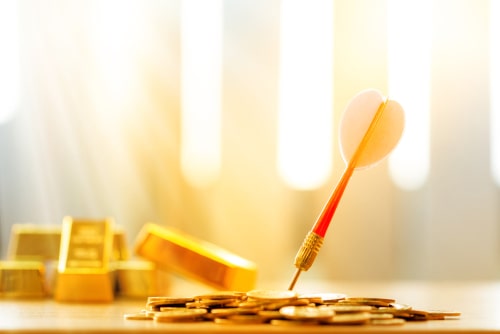 After a disappointing year, gold prices will need time to recover, according to the world’s largest bank, which projects a full rebound only in the third quarter of next year.

ICBC said it was not surprised by gold’s poor performance this year, stating that the yellow metal’s prices matched broader market conditions.

“For the large part of this year, gold has maintained its correlation with the DXY index and has generally outperformed emerging market (EM) FX but underperformed developed market (DM) FX. This fits with 2018’s market stresses having been more concentrated in EM than DM,” analysts wrote.

With the new year quickly approaching, ICBC’s outlook on gold is turning more optimistic due to the U.S. dollar likely peaking this year.

“Underpinning these base case forecasts is a view that the current dollar bull market is peaking, which will provide gold with room to rally over the coming year,” ICBC said. 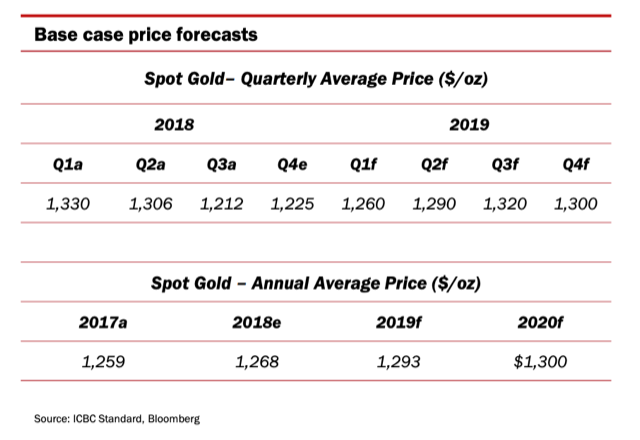 Part of the reasoning behind a weaker U.S. dollar in 2019 is the Federal Reserve’s likely slower rate hike pace in light of real short-term interest rates nearing their estimated equilibrium level, ICBC pointed out.

For gold to break significantly higher than the $1,300 level, the precious metals market will need to see more risk-off sentiment, slower U.S. growth, and a long-term pause in the Federal Reserve’s monetary policy tightening.

ICBC described that it is unlikely for all of the above points to materialize at the same time, which will keep gold’s upside potential limited.

“Macroeconomic uncertainty should see the FOMC slow its pace of rate hikes at the same time as increased financial market volatility adds to the attractiveness of gold’s defensive characteristics, creating near term upside for the yellow metal,” the report said. “Our base case is for a hike in December to be followed by two further hikes in 2019, [which] … should deliver a marginally weaker dollar.”