Havens Slip in Tussle of Politics Versus Inflation: Markets Wrap

The rally in haven assets paused, with the yen and precious metals declining as investors weighed the prospect of rising inflation against political uncertainty in the run-up to Donald Trump’s inauguration as president. Emerging-market stocks gained.

Japan’s currency and gold retreated for the first time in eight days. Bonds edged lower before Thursday’s ECB meeting, where few surprises are expected. Oil reversed course after earlier gains, slipping below $52 a barrel. The MSCI Emerging Markets Index headed for a two-month high while European equity markets were mixed. 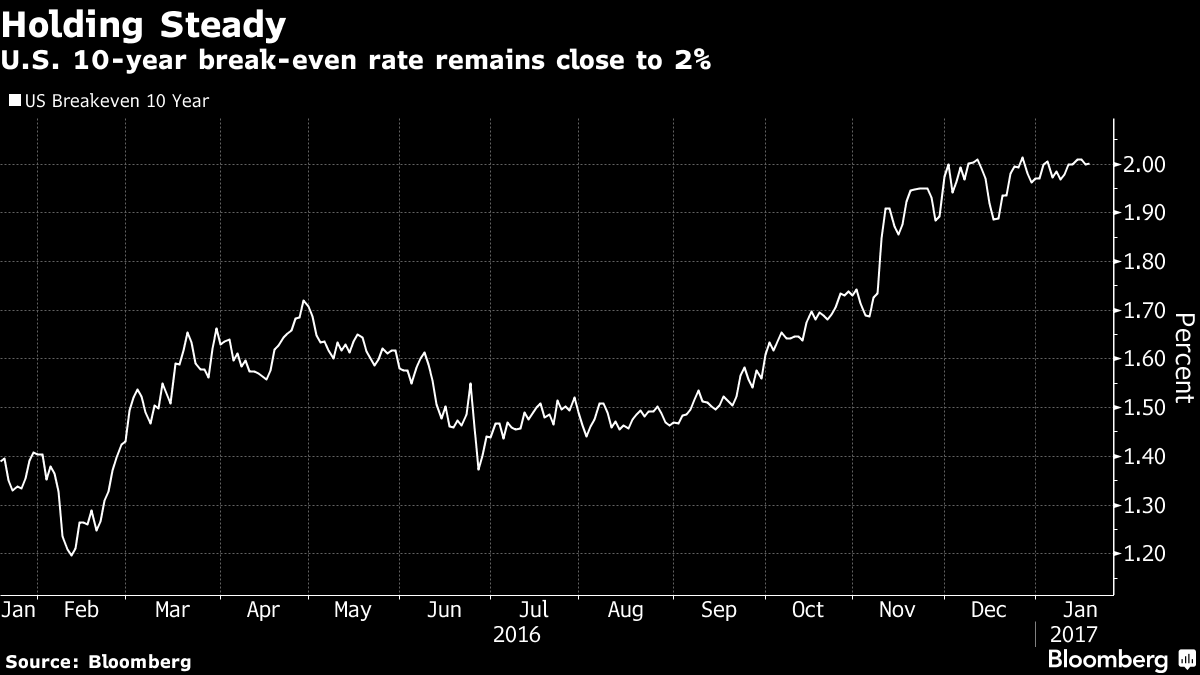 While strengthening inflation in the U.K. and eurozone -- and steady figures expected from the U.S. later -- should underpin confidence in a growth rebound, concerns about the policies of Trump and looming elections in Germany and France are among issues clouding the outlook. That’s taken the edge off the so-called reflation trade, with strategists starting to rethink bets on returning inflation and a stronger dollar.

“We need to see what the next steps from central banks will be, what policy action will follow the inauguration,” said Peter Schaffrik, the head of European rates strategy at Royal Bank of Canada. “We’ve had a lot of news flow. Markets need to see some concrete action.”

Here are the main movers for the key asset classes: