India's gold imports in April more than doubled from a year ago to 75 tonnes on strong demand during a festival that prompts purchases and as jewellers stocked up ahead of a new national sales tax, provisional data from consultancy GFMS showed.

The rise in imports by the world's second-biggest consumer of the precious metal will likely support global prices that are near their lowest in seven weeks, but could widen the South Asian country's trade deficit.

Indians in the last week of April celebrated the annual Hindu and Jain holy festival of Akshaya Tritiya, when buying gold is considered auspicious. 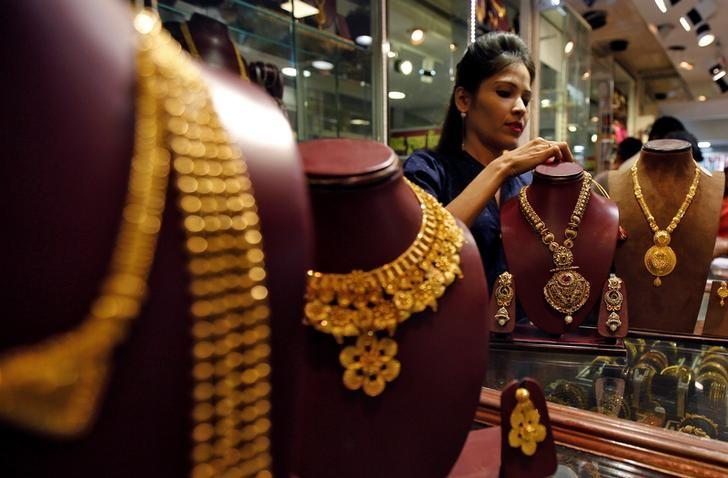 "Retail demand was good during Akshay Tritiya. Many jewellers were stocking ahead of implementation of GST (Goods and Services Tax) in July," said Sudheesh Nambiath, a senior analyst at GFMS, a division of Thomson Reuters, said on Monday.

The long-awaited GST is hailed as India's biggest tax overhaul since independence in 1947. The GST will replace a slew of federal and state levies, transforming Asia's third-largest economy into a single economic zone with common indirect taxes.

Small jewellers, though, who account for nearly two-thirds of the gold industry, could face trouble in switching to the GST, Somasundaram PR, Managing Director of World Gold Council's India operations said last week.

Jewellers were cutting down inventory in 2016 but now they have been building stocks ahead of GST implementation and as sales improved in the first quarter, Somasundaram said.

India's gold imports in April 2016 fell to 29.9 tonnes as jewellers went on strike in protest over the re-introduction of an excise duty on gold jewellery.

A recent drop in local gold prices was boosting retail sales, and imports could be higher than last year again in May, said Mukesh Kothari, director at bullion dealer RiddiSiddhi Bullions in Mumbai.