Weird Things Are Happening With Gold

They show that while politicians publicly disparage gold, they quietly pay close attention to it.

The Deutsche Bundesbank, the central bank of Germany, announced that it had completed the repatriation of gold to Frankfurt from foreign vaults.

The German story is the completion of a process that began in 2013. That’s when the Deutsche Bundesbank first requested a return of some of the German gold from vaults in Paris, in London and at the Federal Reserve Bank of New York.

Those gold transfers have now been completed.

This is a topic I first raised in the introduction to Currency Wars in 2011. I suggested that in extremis, the U.S. might freeze or confiscate foreign gold stored on U.S. soil using powers under the International Emergency Economic Powers Act, the Trading With the Enemy Act or the USA Patriot Act. 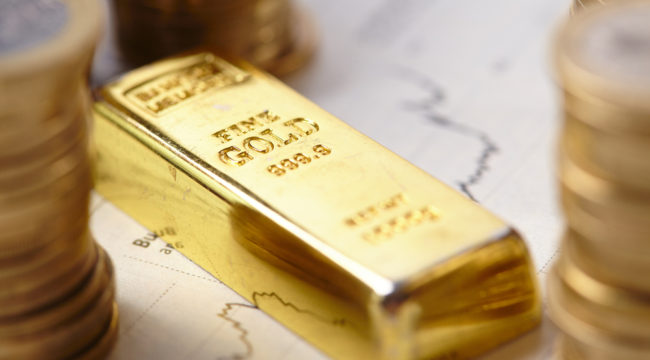 This then became a political issue in Europe with agitation for repatriation in the Netherlands, Germany and Austria. Europeans wanted to get gold out of the U.S. and safely back to their own national vaults. The German transfer was completed ahead of schedule; the original completion date was 2020.

But the German central bank does not actually want the gold back because there is no well-developed gold-leasing market in Frankfurt and no experience leasing gold under German law.

Why did Germany do it?

The driving force both in 2013 (date of announcement) and 2017 (date of completion) is that both years are election years in Germany. Angela Merkel’s position as chancellor of Germany is up for a vote on Sept. 24, 2017. She may need a coalition to stay in power, and there’s a small nationalist party in Germany that agitates for gold repatriation.

Merkel stage-managed this gold repatriation with the Deutsche Bundesbank both in 2013 and this week to appease that small nationalist party and keep them in the coalition. That’s why the repatriation was completed three years early. She needs the votes now.

The truly weird gold story comes from the United States…

Secretary of the Treasury Steve Mnuchin and Senate Majority Leader Mitch McConnell just paid a visit to Fort Knox to see the U.S. gold supply. Mnuchin is only the third Treasury secretary in history ever to visit Fort Knox and this was the first official visit from Washington, D.C., since 1974.

The U.S. government likes to ignore gold and not draw attention to it. Official visits to Fort Knox give gold some monetary credence that central banks would prefer it does not have.

Why an impromptu visit by Mnuchin and McConnell? Why now?

The answer may lie in the fact that the Treasury is running out of cash and could be broke by Sept. 29 if Congress does not increase the debt ceiling by then.

But the Treasury could get $355 billion in cash from thin air without increasing the debt simply by revaluing U.S. gold to a market price. (U.S. gold is currently officially valued at $42.22 per ounce on the Treasury’s books versus a market price of $1,285 per ounce.)

Once the Treasury revalues the gold, the Treasury can issue new “gold certificates” to the Fed and demand newly printed money in the Treasury’s account under the Gold Reserve Act of 1934. Since this money comes from gold revaluation, it does not increase the national debt and no debt ceiling legislation is required.

This would be a way around the debt ceiling if Congress cannot increase it in a timely way. This weird gold trick was actually done by the Eisenhower administration in 1953.

Maybe Mnuchin and McConnell just wanted to make sure the gold was there before they revalue it and issue new certificates.

Whatever the reason, this much official attention to gold is just one more psychological lift to the price along with Fed ease, scarce supply and continued voracious buying by Russia and China.