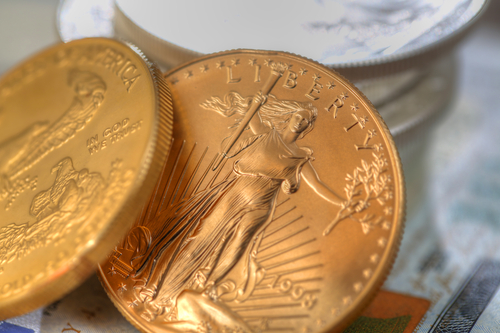 The gold market has suffered under the weight of rising U.S. interest rates and a stronger U.S. dollar, but one bank sees a shift coming as equity markets have seen increased selling pressure this this past month.

Analysts at Bank of America Merrill Lynch (BAML) said that in this current environment they see gold prices pushing to $1,400 an ounce by the end of 2019. Along with their long-term bullish call, the bank also recently disclosed a January long call option position on the world’s largest gold-backed exchange traded fund SPDR Shares Gold, (NYSE: GLD) with a strike price at $117. 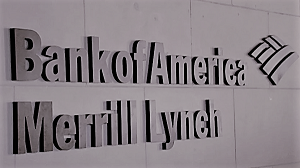 “So far, US real interest rates have been rising due to a rapid Fed tightening path and muted inflation. In turn, a combination of higher US real rates, a robust USD, and muted equity market volatility have pushed gold down this year,” the analysts said in their report. “However, equity markets are already sowing the winds of change and a rising VIX will eventually force the Fed to slow down.”

BAML comments come as gold prices rallies nearly 1% on the day while equities saw a nearly 2% drop across the board. While off its highs, gold is holding near a three-month high. December gold futures last traded at $1,236.60 an ounce, up 0.98% on the day.

Looking at equity markets, the Dow Jones Industrial Average is seeing its worst monthly decline in three years while the S&P 500 is seeing its worth monthly performance in seven years, according to reports.

Along with rising market volatility, the bank also sees potential for gold to shine as they see inflation pressures pick up, particularly as U.S. sanctions on Iran boost oil prices. The bank noted that the sanctions could push 1 million barrels of oil per day out of the marketplace.

Finally, the bank added that the U.S. growing debt and deficits could “super-charge” gold to its year-end forecast.

“Gold prices will not spike until there is a meaningful shift in some the recent market trends. But we believe the spike in the VIX is already setting the stage for that reversal, while the twin US trade and government budget deficits could come into focus as we head into 2019,” the analysts said. “In our view, gold prices could spike quickly to a $1,400/oz high next year if global markets perceive that the Fed is about to blink in its dual monetary tightening policy of higher Fed funds rates and a balance sheet reduction.”

Although BAML is relatively optimistic on gold through 2019, they do see potential risks to their forecasts.  They noted that gold prices could struggle if U.S. 10-year bond yields push to 4% next year. The explained that higher bond yields would imply further potential for the U.S. economy.

Another negative would be further weakness in emerging markets, which could reduce demand for physical metal.